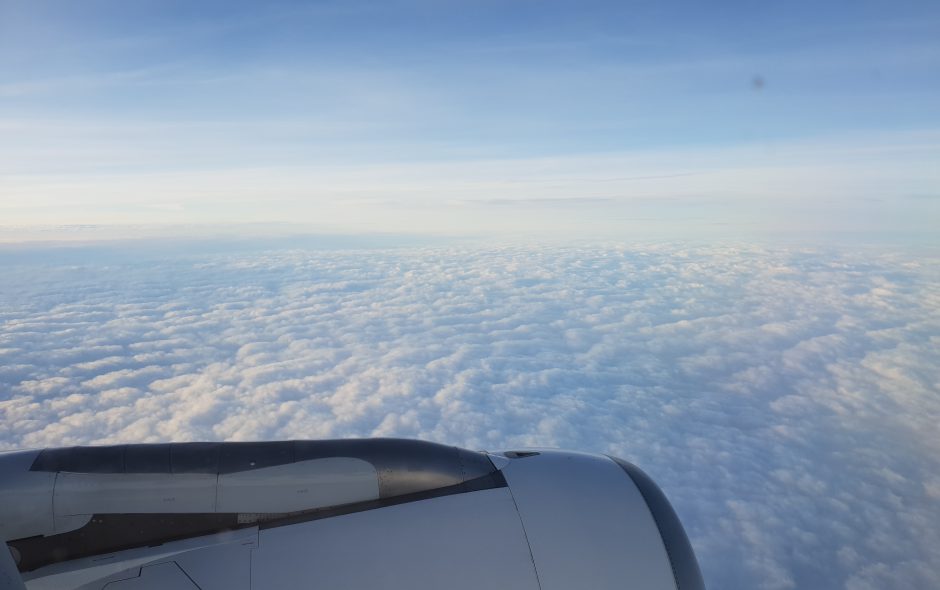 The day starts very early and ends very late. Already at three o’clock in the night – or early in the morning, as you might think – I pack the last things. At a quarter to four, I leave for the airport in Francfort. The check-in machine even offers a choice of seats. I get rid of my precisely weighed 46.3 kg of luggage at the counter, with the Air France employee joking that there’s probably only shoes in it. To my answer “No, I only have exactly one pair with me, I wear them on my feet”, he looks a little surprised.A small propeller machine, to whose outer position we ride a whole eternity with the bus, brings us to Paris. There, Tanala and I meet old acquaintances and good friends: Yvonne and Thomas are flying to Madagascar today, too, but take a slightly different route, and Markus flies with us like the last times before. In Paris, I also meet Philipp, who has been to Madagascar before, but this time he wants to find and see more animals with us. He is a lung specialist and apparently completely relaxed about air travel. I like air travel rather than less. But if you want to go to Madagascar, they are the only reasonable means of transport.

Around eleven o’clock we finally board – Zone 5, everyone is sitting behind row 39, and an almost eleven-hour flight lies ahead of me. I am busy filming, sleeping, watching clouds and dying of thirst. Seven minutes before landing, it’s dark outside now, I wake up again quite suddenly: The plane simply drops a good fifty to a hundred meters into the depth. Whoopsie. Unfortunately, it repeats it again, which makes me feel a bit queasy. Especially when you can see on the display in front of you that you’re not that far from the ground. Did I already mention that I really don’t like flying? But I’m not the only one on the plane who looks a bit panicky and has a pulse. 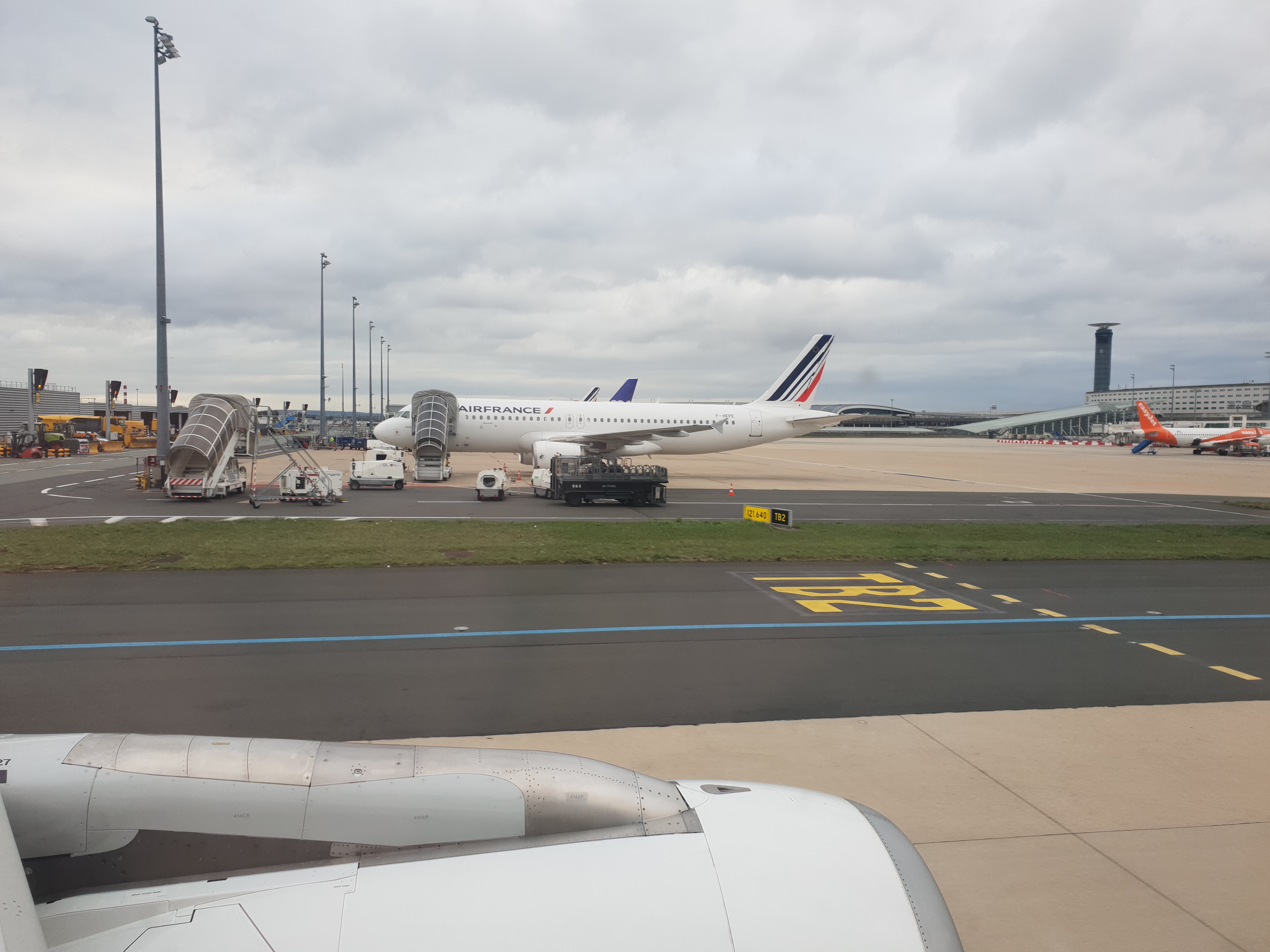 Contrary to all fears, the plane then lands relatively gently in the highlands of Madagascar. I am nevertheless glad when the door finally opens and I can leave the plane. Warm and humid air hits me. The floodlights of Ivato illuminate the surroundings, it is almost in the middle of the night – just before midnight. With a whole crowd of people, I walk across the runway to the airport building. Meanwhile, a few people are standing around in warning vests, people shouldn’t run around as chaotic as they used to some years ago. Inside I queue up for the Sérvice sanitaire in the almost endless queue. I had already filled out the two-sided note on the plane – people who are less blessed with brains are only now beginning to fill in the tiny lines, causing slight resentment among those waiting behind them. Admittedly, the lines, in which you should write your name, address, profession, and similar things are really very tiny. After I successfully leave the health desk behind me – I slip of paper, passport and plane ticket  – interested look, something torn off, everything out again – I push myself further to the queue of the visa stamp man.

Around one o’clock I have my luggage and go outside with Tanala, where Dimby and José are already waiting. A warm welcome. I look around a little surprised – in front of the airport building, it is almost empty. Where did all the porters and wannabe helpers go who usually come in droves within a few minutes? Dimby can explain it. Apparently there have been some new regulations at the airport since the presidential elections in December. Among other things, a week ago a whole lot of people were probably sent to jail for loitering around the airport, offering unwanted carrier services to travelers or engaging in some bizarre scam with alleged money exchange. It seems to have affected a lot of people, because the airport parking lot is deserted. Another new arrival, Andrea, has also arrived in the meantime. She may have been on the same flight, but somehow we haven’t met in Paris yet.

Dimby and José have two Landcruisers with them, in which we all find room together with our luggage. The way to Talatamaty through the dark Antananarivo leads after a few minutes through the gates of the Raphia. Thanks to Dimby’s advance booking, the kitchen made a big load of fresh Samboza for us even after midnight. The first crown caps hiss, cooled THB are opened. Holidays, finally.