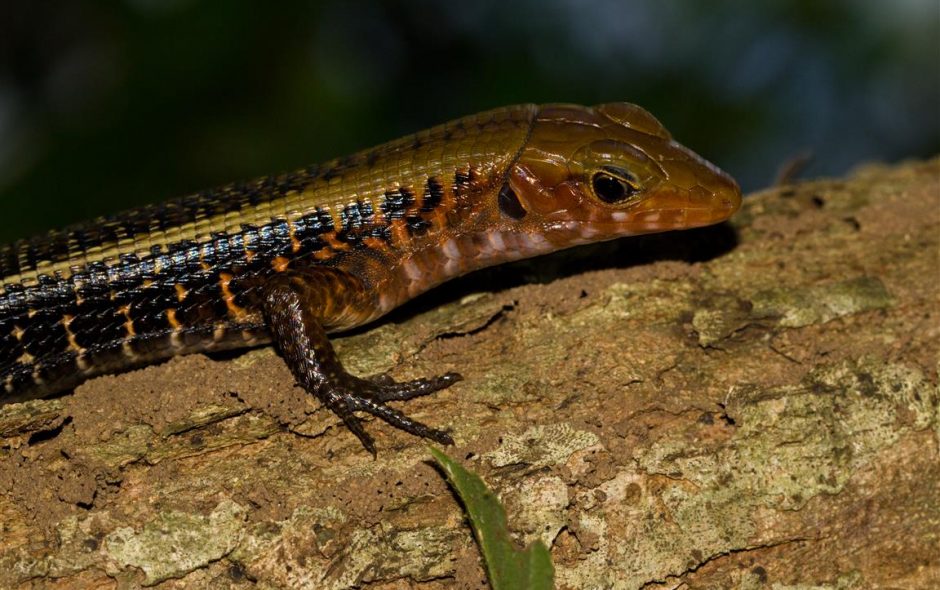 Another day, another walk around the lake. Breakfast with Makasaoka and coke. But this time I’m doing brilliantly – and it’s very amazing how fast you can suddenly get around Lac Ravelobe at normal speed! Only this time it’s the other way around the Ravelobe.On the way, I annoy some antlions, small insects that build sand funnels. If you carefully poke around in them with a small stick, they throw sand at you. Funny critters. Again we find Furcifer rhinoceratus, again the plated lizards scurry curiously around us, there are also some geckos to be seen. A few Leioheterodon madagascariensis, quite big snakes, cross our way. In between, we take breaks and enjoy the magnificent view of the big lake.

The group that walked to the canyon left this morning already at six o’clock with Patrick to take advantage of the morning chill. In fact, it remains slightly cloudy during the day, so that this probably wouldn’t even have been necessary. Since I’m in a really good mood today, I could have gone with them – for “a few stones” I honestly think it’s not such a pity to have done a second lap around the lake.

Back on the campground, I visit with a few others the breeding station for turtles and tortoises, which is right next door. Everything is secured with barbed wire and locks. The tortoises – they are ploughshare tortoises, some of the rarest turtles in the world – have beautiful, spherical high shells and run really high-legged. It is a pity that you cannot get any closer. By the way, around the station are opuntias – and yes, the turtles also get to eat from them (insider).

I dare to use the shower. As with the toilets, it is a tiled, but dim, narrow, long room. There are two hooks for clothes, that is enough. The shower consists simply of a hose, no nozzle or anything. But you don’t need one, cold water alone is enough. Apart from a big day gecko over my head, I don’t recognize very much. That has of course a good thing when I think of a certain near-death encounter. Especially since the spider would have to be quite big to kill this day gecko. Memo: Better a day gecko in the shower than a spider at the door.

In the evening the little male dog and the skinny, emaciated bitch join our table again. Both let me massage them extensively. Afterward, my hands are dark black, but fleas have not yet jumped  on me. I massage Thorsten as well, which makes my fingers less dirty. The ducks still alive this morning have meanwhile found their way into Eric and Naina’s pots, where they are doing extremely well. I’ve rarely eaten such good duck and in addition cool THB, Nomnomnom!